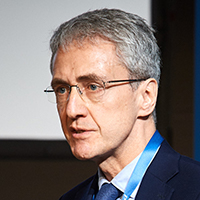 Jürgen Wolf, MD, is currently Medical Director of the Center for Integrated Oncology (CIO) at the University Hospital Cologne. He holds a professorship for Interdisciplinary Translational Oncology at the University of Cologne and is speaker of the CIO lung cancer program.

Prof. Wolf received his MD degree from the University of Freiburg. He spent his postdoctoral fellowship at the German Cancer Research Center Heidelberg (1986-1990). In 1990 he started his clinical training in the Department of Internal Medicine, University Hospital of Cologne. He headed the Laboratory for Research on Hodgkin´s Lymphoma in Cologne (1990-2003)  and was co-chairman of the German Hodgkin´s Lymphoma Study Group (2000-2004). From 2004 he coordinated the establishment of the Center for Integrated Oncology (CIO) at the University Hospital of Cologne. In 2005 he initiated the lung cancer program in the CIO and founded the Lung Cancer Group Cologne. In 2010 he co-founded the Network Genomic Medicine (NGM) Lung Cancer, a health care provider network integrating now more than 250 centers in Germany for centralized next-generation-sequencing based molecular genotyping and allocation of patients to personalized treatment in and outside clinical trials. For foundation of the Network Genomic Medicine he received the Innovation Award of the state of North Rhine-Westphalia in 2016 and has been Speaker of the national Netword Genomic (nNGM) Lung Cancer funded by the German Cancer Aid since 2018. 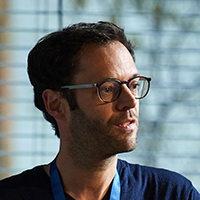 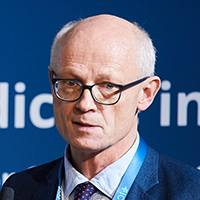 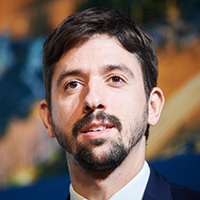 Sebastian Michels is subinvestigator at the Lung Cancer Group Cologne (Germany) and resident in medical oncology and hematology at the University of Cologne. Michels is medical coordinator of EATON, a phase I trial with EGF816 and Trametinib in EGFR T790M-positive NSCLC, and EUCROSS, a phase II trial to evaluate efficacy and safety of crizotinib in advanced adenocarcinoma oft he lung harbouring ROS1 translocations. 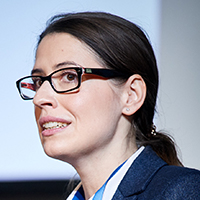 Anna Kron ist the Head of Business Unit of the national Network Genomic Medicine Lung Cancer at the University Hospital Cologne in Germany. The network strives to offer comprehensive and high-quality molecular diagnostics for all patients with lung cancer and thus to promote the implementation of personalised therapy in routine clinical care. Anna has a background in health economics and specialized in clinical trials and evidence based medicine. Before coming to the national Network Genomic Medicine Lung Cancer, Anna served as the Head of Financial Management and Controlling at the ClinicalTrial Unit at the University Hospital Cologne. 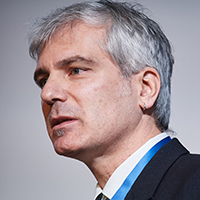 Bärbel Söhlke is a mathematician and has worked in corporate finance, business controlling and system development in the chemical industry. She was diagnosed with advanced lung cancer at the age of 50. She experienced various treatments and repeated relapses until comprehensive molecular diagnostics were performed by the lung cancer group Cologne. Her tumor was found to harbor the rare ROS1 translocation. Subsequent targeted therapy resulted in significant clinical improvements and a complete tumor remission for six years to date. Bärbel is engaged in a global group of more than 300 patients and caregivers in 30 countries dealing with ROS1-positive cancer that strives to increase awareness and education, accelerate research, and improve access to effective diagnosis and treatment. 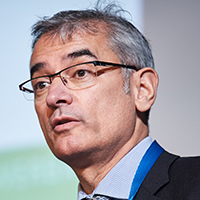 >> All videos and presentations <<

Disclaimer:
On 20/21 November 2018, the DLR Project Management Agency took part in the ICPerMed Conference 2018 'Personalised Medicine in Action' as one of the organisers. In its function as editor of the website of the 'ICPerMed International Consortium', the DLR Project Management Agency agreed to upload the presentations held during this event to this website thus making them available for download in pdf format subject to the express consent of the speakers concerned. DLR, as the uploading entity, has not monitored the contents of these presentations in any way. In case of incorrect contents, copyright infringements or other violations of the law, please contact the ICPerMed Secretariat (e-mail: ICPerMed@dlr.de). Any offending material will be removed immediately.