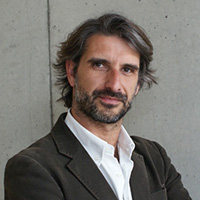 André Albergaria is a researcher specialized in Oncobiology. His scientific expertise is focused on epigenetic regulatory mechanisms in breast cancer, cancer therapy resistance, and on biomarker discovery and validation. André holds a PhD from the Institute of Health and Life Sciences from University of Minho and was a PhD resident at the Imperial College School of Medicine of London, UK, between 2006 and 2008. André has a Post-Graduation in BioBusiness, from AMC Graduate School and Amsterdam BioMed Cluster, Netherlands and worked as an Investment Consultant in the LifeSciences & MedTech Team of the company Portugal Ventures.

During the last 18 years of scientific career, André has published more than 32 papers in peer-reviewed international journals. Actually, André is a Professor at the Faculty of Medicine of University of Porto and is the coordinator of the i3S Translational Research and Industry Partnerships Office (Research and Innovation Unit), a group that work on the interface between the health care/pharma industry, clinicians and academic research teams. André is member of the Portuguese Coordination of the Research & Innovation Agenda on Health and Clinical and Translational Research. He is a project evaluator for several public and private entities, including pharma companies, and is an expert member of the H2020 SC1 Programme Committee, an health expert at Perin – Portugal in Europe Research and Innovation Network and developed and contributed as scientific expert to several European Organizations/Consortium such as EATRIS and ICPerMed (contributor to the ICPerMed Vision Paper 2019). 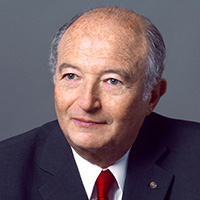 Eduardo Cazap is an Argentinean medical oncologist, founder and first President of the Latin American & Caribbean Society of Medical Oncology (SLACOM), past-President of the International Union against Cancer (UICC) and member of the Executive Committee of the National Cancer Institute of Argentina.

He published over 190 papers, and was president of the UICC World Cancer Congress in 2012. He received in 2013 the distinguished achievement award of the Conquer Cancer Foundation (USA) and bestowed as fellow of the American Society of Clinical Oncology (FASCO). In 2018, he received the Harvard Distinguished Leader Award from the Harvard Medical School. He is Co-chairman of the Global Policy Committee (ESMO), Editor-in-Chief of Ecancer (Bristol, UK), co-editor of the Global Health section of The Oncologist (USA) and emeritus Professor of the Latin-American School of Oncology (ELO). 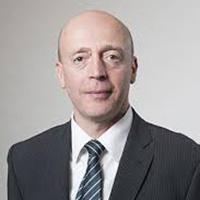 Salah-Dine Chibout is the Global Head of Discovery & Investigative Safety (DIS) and Global Head Therapeutic Areas in Preclinical Safety (PCS) at Novartis Institutes for BioMedical Research (NIBR). The DIS group focuses on problem solving and issue resolution related to drug safety during all phases of discovery and development of new medicines. He is responsible for a cross-functional global organisation operating from Cambridge, East Hanover and Basel. The Preclinical Safety Therapeutic Areas are managing all Novartis projects from discovery to registration and consist in project team members representing PCS in early and late-phase project teams. They are preparing all relevant documentation for health authorities and respond to regulatory requests.

Salah-Dine has more than 22 years of experience in drug development and obtained a PhD in molecular immunology from the Biozentrum in Basel Switzerland. He joined Sandoz in 1990 in the Toxicology Department. From 2008 to 2010 he was deputy Head of Translational Science in Europe. Salah-Dine represents Novartis at the Research of Director Board in the European Federation of Pharmaceutical Industries and Associations (EFPIA). He is a Board Member of the Innovative Medicines Initiatives (IMI), which is the largest public-private partnership with the European Commission. 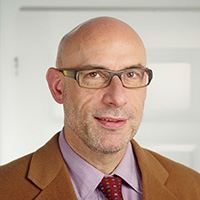 David Haerry has been a treatment writer and conference reporter since 1996. He co-authors a database on travel and residency restrictions for people living with HIV, www.hivtravel.org. He is Secretary General for the Swiss Academic Foundation on Education in Infectious Diseases SAFE-ID, a core team member in the Patvocates Network and a member of the Executive Team at the Patient Focused Medicines Development Initiative. He is involved with the European Patients' Academy on Therapeutic Innovation Innovative Medicines Initiative project EUPATI-IMI since 2012. In the current EUPATI project, David is co-chairing the Futures Group and he is Work Package leader in EFOEUPATI-IMI. David Haerry has also been involved in the working group updating the CIOMS International Ethical Guidelines for Health-Related Research involving Humans published in December 2016. From 2013 to 2016, he co-chaired the Patient and Consumer Working Party at the European Medicines Agency.

In Switzerland, David Haerry is the co-chair of the Swissmedic working group for patient and consumer organisations. He is a member of the ELSIag at the Swiss Personalised Health Network, the Expert Committee on Cancer Screening, the Data Ethics Board at the MIDATA cooperative midata.coop and a board member for the UNALONE Association. He is the founder and Chair of Positive Council Switzerland and he is closely involved with the Swiss Hepatitis Strategy. David has been involved in HIV and hepatitis C virus (HCV) drug development since 2005, as well as being active in HIV/AIDS-related aspects of regulatory affairs, research ethics, personalised medicine, risk communication, pharmacovigilance, observational studies, biomedical prevention and research. He has co-authored a number of peer-reviewed publication in infectious diseases, doctor-patient communication and pharmacovigilance. David has been living with HIV since 1986. 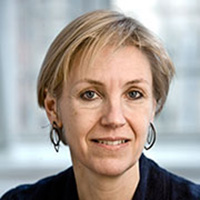 Mette Hartlev is a professor of Health Law at the Faculty of Law, University of Copenhagen and affiliated with the research centre WELMA (Centre for Legal Studies in Welfare Market). Her research focus on new health technologies and big data, patients’ rights, health and human rights, legal aspects of public health, and law science and technology studies. She has been partner in a number of national and international interdisciplinary research projects, including projects concerned with obesity and other lifestyle diseases, genetic technology, stem-cell research, data protection and patients’ rights. Mette Hartlev’s research network include researchers from Europe, North America, and Australia. She has been vice-chair and member of the Danish Council of Ethics, and is currently Chair of the Danish National Committee on Health Research Ethics. 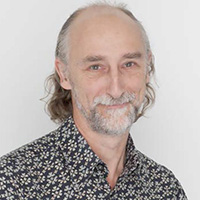 Alfonso Valencia is a Biologist by training with a Ph.D. in Biochemistry and Molecular Biology by the Universidad Autónoma de Madrid. He is ICREA Research Professor and Director of the Life Science Department Barcelona Supercomputing Centre (BSC), Director of the Spanish National Bioinformatics Institute (INB) and head of the Spanish Node of the European Bioinformatics Infrastructure ELIXIR.  A. Valencia has served in numerous Scientific Advisory Boards, including the Innovative Medicines Initiative (IMI), the European Molecular Biology Laboratory; the Swiss Institute for Bioinformatics, Biozentrum- Basel; the EBI INTERPRO and chemical database, Curie Bioinformatics Unit among others. I have also been part of a number of evaluation committees, including the Spanish Grant Evaluation Agency (ANEP) and the European Research Council ERC. He is Co-Executive Editor of Bioinformatics, the main journal in the field of bioinformatics, and member of the editorial boards of eLIFE, PeerJ and FEBS letters and F1000 Prime. He has published more than 400 articles with an h-index of 84 (Scopus profile).